Lancashire Action Group's latest newsletter covers : Members on the board and the Cricket Supporters Association joins our campaign, as well as the AGM and the MRG meeting on 30th June.

Our campaign to have members elected to the board received a huge boost with the national Cricket Supporters Association publicly endorsing our aims. We put our case forward to a number of journalists resulting in a major feature in the Sunday Telegraph https://lancsactiongroup.com/sunday-telegraph by their chief cricket correspondent. The CSA Lancashire county representative and board member, Alan Higham has now joined the LAG. Please do take a look at the Cricket Supporters Association website https://www.cricketsupporters.com and sign up for free as a member so you can have your voice heard in its regular surveys. 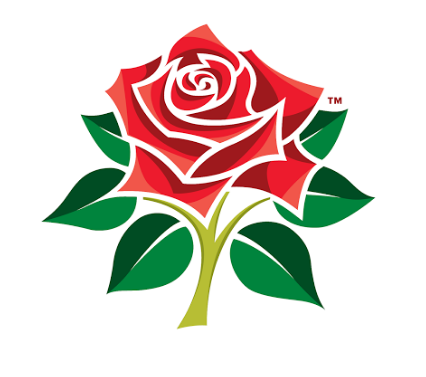 A difficult AGM took place on Friday 28 May with embarrassingly only 42 members in attendance. Members initially only allowed to observe via Zoom had to be given the ability to take part fully in the meeting in order to be quorate. We received reports from members who weren’t provided with online access and we asked the club to put a recording of the meeting online which they did here at Lancashire Cricket News

LAG member questions were read out in full and partially answered by the board. https://lancsactiongroup.com/action-group-statement We will do a full report in a bumper edition of  Not the Spin 9 which is due out at the start of the Royal London games towards the end of July. The club still insists that any member can stand for the board but no one has done so since the nominations committee was put in place eight years ago.

Members were encouraged by Lee Morgan to put themselves forward if they felt they have the "right skill sets" to make a contribution. James Sheridan glossed over the long-standing concerns of the LAG that remain unresolved and pointed to the MRG as the forum to discuss these with the club management. The question of reforming the MRG to be elected by the membership wasn't actually answered. Instead, Chief Executive, Daniel Gidney praised the group "we would not be able to function without them", and pointed to the MRG minutes on the club's website to show members the "massive number of completed items". Gidney said he wasn't aware of a significant material issue that has not been resolved after discussions with the MRG.

Gidney denied that MRG members were privately chosen by the club stating that they are chosen by the nominations committee which he said was composed of a board member (Sara Tompkins), a non-board club member (Dave Taylor) and a "completely" independent person (Tim Johnston). We agree that the MRG has done good work recently in calling members during the pandemic to check on their welfare and the new initiative to have a MRG stand at the Roses’ match gave members a chance to give feedback directly.

But if the MRG was so effective then how is it than Daniel Gidney doesn't know about the main reasons why 9000 members have left the club and only now after many years are the club going to pay for market research to ask why members have left?

Members have left because the club has not delivered on the promises made by past management to provide members with decent viewing facilities in the pavilion. Members care passionately about the heritage of the club and they don't see this being shared by the board who didn't seem to know or care that the Championship Pennant was lost for years only to be found damaged in a Club's dusty cupboard or that the Museum is still no nearer being built although the Caffe Nero built on its original site was built in no time. Even now, the club feels that giving members facilities to view the match from side on is acceptable.

The club sent an email this morning with the agenda for Wednesday’s MRG meeting on 30 June. We welcome this openness and hope that more than 3 days’ notice can be given for the next such meeting!

We draw your attention to two areas. For the first time, the club is discussing the possibility of having members on the board with the MRG.

Secondly, there have been a huge number of complaints around ticketing problems particularly affecting disabled people which the club has been very poor at addressing. Ticketing issues have been a persistent problem for members for many years now. If they can sell 50,000 tickets for a pop concert then why is it that a cricket audience of a fraction of these numbers are persistently treated so poorly?

We would like to hear from any supporter who has struggled with tickets and member services so that we can provide a full report to the club.

Gidney insults the intelligence of its members when he claims that these appointments aren't privately controlled by the club.It is time for the club to trust its members, be more honest about the mistakes it is making and turn words around member services and facilities into demonstrable action. We aim to support the club in improving its offering and attracting members back to the club.

As ever all feedback is welcome good or bad. You can email us at - lancsactiongroup@yahoo.com, join our ever growing facebook group & follow us on twitter at @lancscccaction Thank you, Ian Lomax, Lancashire Action Group