14th March 2016, London: talkSPORT 2, a new national 24-hour sports radio station and part of the Wireless Group (GB) brand portfolio, has secured rights to one of the biggest sporting events of the year, after reaching an agreement to broadcast the ICC World Twenty20 in India.

There will be full, uninterrupted commentary of the opening Super 10 group stage tie between India and New Zealand in Nagpur straight after talkSPORT 2 launches live at the Cheltenham Festival, at 10am on Tuesday 15th March. 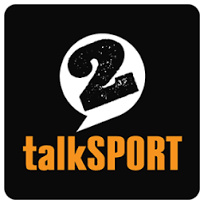 The following day, England begin their campaign against the West Indies in Mumbai in another fixture live on talkSPORT 2, as the station brings listeners every match of the Super 10s as well as both semi-finals and the final in Kolkata on Sunday 3rd April.

Mike Bovill, Managing Editor of talkSPORT 2, said: “To be able to bring a new audience the biggest cricket event of 2016 within a few hours of launching is a real honour. Twenty20 cricket is going to be at the heart of the schedule on talkSPORT 2 and this is just the beginning.”

Bringing the much-loved talkSPORT style to a wide range of sports, talkSPORT 2 will concentrate on coverage of live sport, including rugby, tennis, golf, football and horseracing, plus some US sport. It will also offer a range of specialised magazine programming that hasn’t had a home on national commercial radio, bringing listeners and sports fans a wider variety of sporting news and features than ever before.

Listeners need to retune their digital radio to pick up talkSPORT 2, which launches on the
15th March 2016. For more information, visit talkSPORT.com.